This has been available for awhile but I just realized that I never published it on this website.  Anyway….

The 3D Object Sequencer Suite is a Vixen AddIn and a Vixen Plugin which will aid in sequencing 3d objects for your display.  I suppose the most common 3D object people generally use is the 3D skull.

This version is basically a rewrite of the Skull Sequencer series with some tweaks and one huge new feature:  You can now create your own 3D objects to use with the Suite!

Admittedly, it’s not extremely easy, but it is pretty neat!  I wrote up a bit of a tutorial on how to do it on youtube:http://www.youtube.com/watch?v=4ZZUJjeBhqs

The release includes a 3 Axis Skull and a Snowman object.

The SSSRR was created for controlling hobby servos using Renard Controllers that use external SSR’s.  I chose to add isolation to the board.  While this is probably overkill, it’s really a better way to do it.

The project was designed in ExpressPCB and I tried to make it easily self etchable.  All PCB files are included in the download. 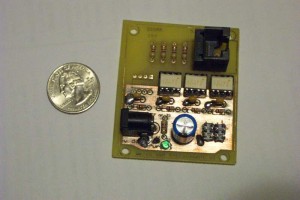 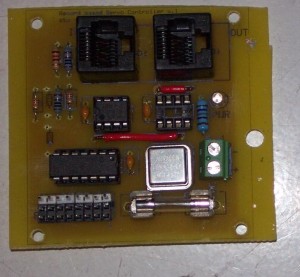 In order to use this you will also need to download the Renard Servo Firmware.

This is my version of the Renard 8 origionally designed by Phil Short.  This version is strictly for DC control.  I added provisions for AC use but they have not been tested and I believe they will not work.  The pcb files were created using ExpressPCB.